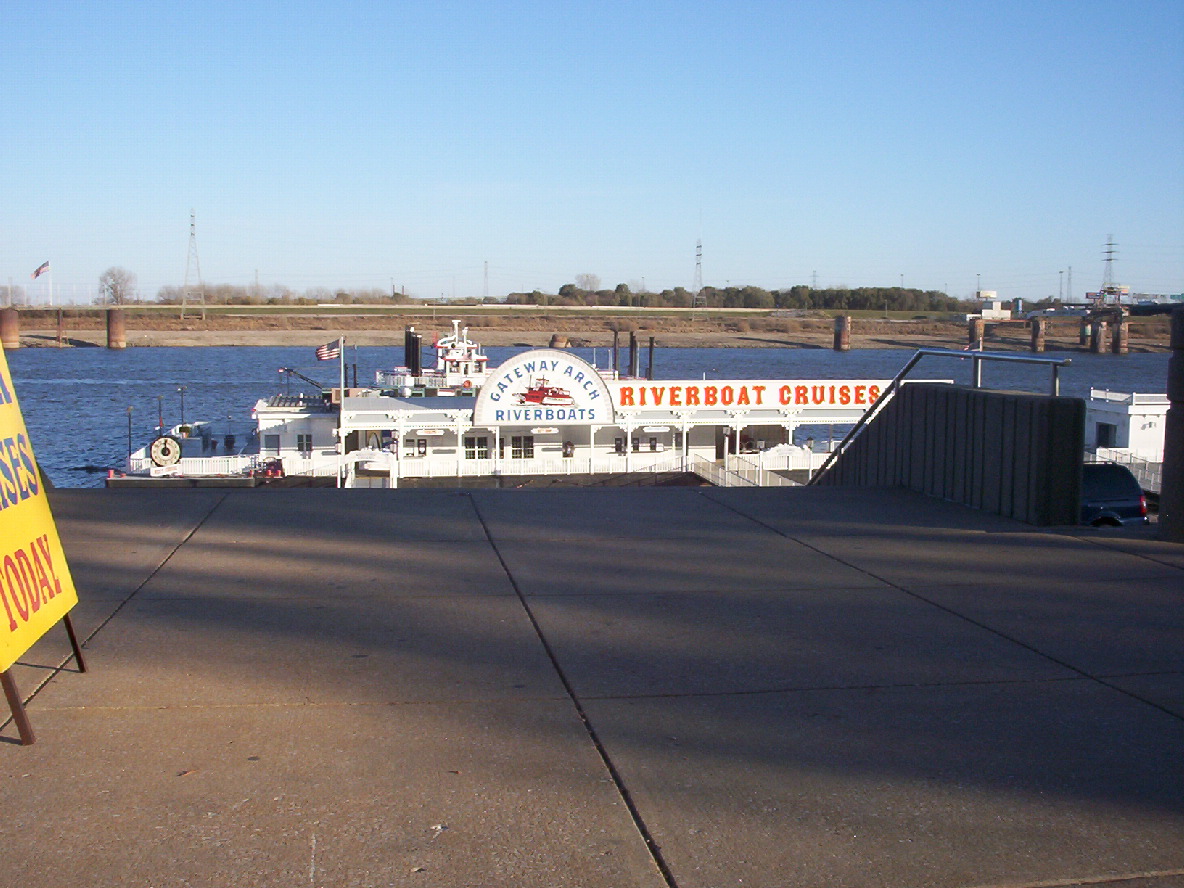 OK, so you are searching for a home and you are looking in the greater St Louis area and trying to make sense of where the different communities are located and what they are like and your friends keep saying, “Check out Chesterfield.” “You’ve got to see Chesterfield.” So what is the buzz about Chesterfield really about?

Chesterfield is located in West County, officially 22 miles from downtown St Louis. It was incorported in 1988 and covers about 32 square miles. The population of Chesterfield is just under 50,000 people. The median household income is $83,802.00 and the median home value is $238,300 (this is based on the 2000 US Census Data report and the numbers have increased since then). The school district’s servicing Chesterfield are Parkway and Rockwood, both of which typically receive very high ratings from the Missouri State Department of Elementary and Secondary Education (DESE). Over 80% of the adult population has some college education and 61% has at least a bachelor’s degree.

It is so easy to get to anywhere in St Louis from Chesterfield. The area was largely rural until the 1960’s when both housing and commercial development started to expand into the area from St Louis. It was when Highway 270 (the outer belt around St Louis) was built and more families started having cars instead of being tied to public transportation that the area really started to grow. US Highway 40/Interstate Highway 64, runs through the middle of Chesterfield, allowing commuters quick and easy access to get to any where in the greater St Louis are

Chesterfield was one of the earliest settled areas in West County, though the city was originally started as 6 different towns or communities, each with it’s own post office (you weren’t anybody unless you had a post office). The area originally known as Hilltown dates to 1837. It became Bellemonte (French for “Beautiful Mountain” in 1851, then Bellefontaine (French for Beautiful Spring) in 1869. This area is essentially at the intersection of Olive and Chesterfield Parkway now. To give you an idea of the age of the area, the Antioch Baptist Church was founded in 1841.

In 1850 the area known as “Hog Hollow” was initially started with a Post Office being established in the community in 1871. In 1872, the name was officially changed to “Lake”, however the locals continued to refer to it as “Hog Hollow”. This area can be found today at the intersection of Hog Hollow Road and Olive. (In the late 60’s, early 70’s this was a favorite area for local teenagers to hang out and drag race as it was fairly rural at that time and Hog Hollow Road led down to the farm fields and water treatment plants, so it wasn’t highly traveled (especially by parents or other adul

Part of Chesterfield was originally known as Gumbo and today is more noted for the old jail facility, then for the original Road House that was at the 25 mile marker from St Louis. The area got its name because when there were heavy rains the very rich soil would have a thick consistency, similar to a Louisiana Gumbo stew. During the 1904 World’s Fair, the walkways and streets at the fair were made from a gravel that came from the Gumbo area. This area still has many farms, and the Spirit of St Louis Airport but most locals recognize the Chesterfield Valley area at the intersection of Chesterfield Airport Road and Long Road, right off of US Highway 40/Interstate Highway 64 as an area full of high density box stores and restaurants (every time I drive that way there are more stores and restaurants to explore and spend my money at). But if someone asks you about “Gumbo” they are most likely referring to the old Jail.

Areas that no longer exist include the area known as Atherton which was settled along the Chicago, Rock Island, and Pacific Rail Road Lines in the 1870’s. Later the name was changed to Eatherton, then to Monach. This area is at Eatherton and Centaur Roads. The area known as Bonhomme (French for “Good Man”) was a small community at the Western end of Olive, close to the Howell’s Ferry Landing, which was washed away in a flood in the late 1800’s. The name Bonhomme is frequently used in St Louis, but nothing remains of the original community.

Chesterfield was started in 1797 by 3 families who had settled on land they received in Spanish Land Grants. In 1815 a Col Justus Post came to the area from Vermont and in 1817 bought 400 acres from the original families for $1.25 an acre and named the community Chesterfield. Eventually, he acquired 21,204 acres of land in the area. He laid out the original community of Chesterfield which straddled Wild Horse Creek Road between Baxter and Wilson Roads and the initial roads in the area. The town plat that he built was recorded in 1838. Burkhardt’s Subdivision was started in 1877 (after the railroad opened up the area), where Olive crossed the railroad lines. The City of Chesterfield later officially relocated to this area, in order to be closer to the Railroad Depot.

But that probably isn’t what you really want to know. What you want to know is that Chesterfield is considered “upscale” and a prime location to live in. This makes the land in Chesterfield among the most valuable in the St Louis area, resulting in higher prices, but also greater amenities. Typical single home prices start in the $300,000 range and go up over a million, condo’s start slightly lower, but go just as high (that’s not to say that there aren’t less expensive homes, but the typical home is over $300,000). The area has excellent public and private schools. Chesterfield is a very sound area and is an excellent area to live in.

Chesterfield is a WONDERFUL, family oriented environment. It has great parks, family events and more. One highlight in the area is Faust Park with it’s 200 acres. This St Louis County Park features the historic home of one of Missouri’s first governors. It also has a historic village located in the park, where the community has gradually moved log cabins and other historic homes and businesses. During the summer re-enactments are held on the weekends where you can walk through as see a blacksmith at work, or talk to someone going about the daily life of a century ago. The Park also features a working historic carousel that you can ride and the Butterfly House. During the summer the Chesterfield Chamber of Commerce sponsors concerts in the park on Tuesday nights. Families come out and sit on blankets on the grass (or bring their lawn chairs), children run and play, wonderful music is played and for those who are willing, a dance floor is set up.

The area also has lots of shopping opportunities at Chesterfield Mall (located at 270 and the Clarkson/Olive exchange) and at numerous strip malls and mega strip malls throughout the city. 2 outlet malls are also located in the Chesterfield Valley area. Fine Dining to fast food is readily available in the area. The local standard is that you can drive down Olive Blvd and find whatever services you need without ever leaving the Chesterfield area (including my office which is located at 141 and Olive).

If you need medical care, St Luke’s Hospital is located within the city’s boundaries, but you are only a few miles away from other major hospitals in the metro area.

Chesterfield is home to the Spirit of St Louis Airport, which is located in the Chesterfield Valley area. This small, personable airport is used by private planes, small transportation companies and company jets, relieving the burden on the main St Louis International/Lambert Field Airport. The Spirit of St Louis Airport is the host to an annual St Louis County Air Show and Fair on the Labor Day weekend every year. This event serves as the “county fair” for the area. The proceeds from the fair benefit Cardinal Glennon Children’s Hospital and St. Louis Children’s Hospital.

Related Articles
Uncategorized Ballwin Welcome to Ballwin, MO! Money Magazine listed Ballwin as “One of America’s Best Places to Live” by Money Magazine mulitple times as well as being listed as one of the safest cities in the state! Even better, is being listed as a “Playful City 2014” by Kaboom! (one of only 3 cities in Missouri, so honored) With […]
Appraisals 3 Tips for a Higher Home Appraisal It may seem that homebuyers and sellers don’t agree on much, but they share one important concern: that the transaction is successful. This comradery is never more evident than during the appraisal process. It’s only natural, since the results of the appraisal can send the deal spiraling out of control.Appraisers take into account many factors […]
Buyer Tips Spot vs Boundary Surveys Spot surveys were the norm in the St Louis area for many years. They were cheaper. The title coverage was not quite as great, but it wasn’t significantly different, so why bother paying for a boundary survey which would be at least a $100 more? Now the primary title companies in the area are insisting […]