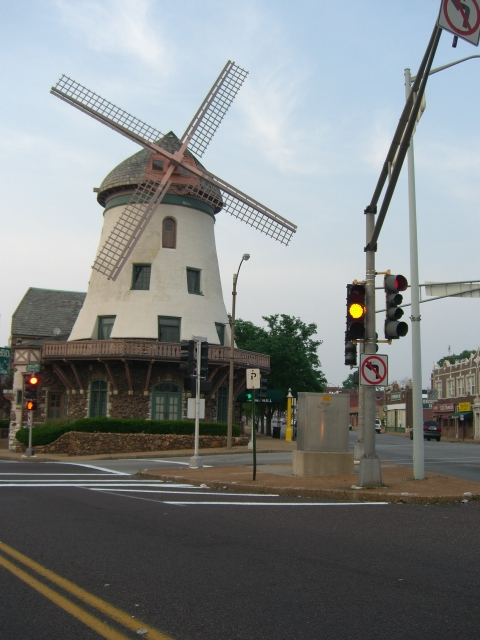 Many years ago, the City of St Louis decided that the County growing up around it was going to be a drain on it’s financial resources. As a result, the City literally divorced itself from the county. The City of St Louis lost when it did that because the City then became land and river locked and couldn’t grow. The County proceeded to grow and expand, gradually pulling the wealthier sections of the population with it. Today we have St Louis City which is it’s own county, and St Louis County as 2 seperate entities, tied together through their mutual need for each other.

The City has 79 Distinct neighborhoods, while the County has over 90 different municipalities, ranging from some that are literally a city block big (but have their own government!) and those with over 100,000 people living in them. Driving down some of our streets in the winter can be a challenge when different municipalities have different snow removal priorities and equipment!

As the metropolitan area has continued to expand, the Counties of Jefferson, St Charles, and Franklin on the Missouri side are considered part of the “metro” St Louis area. On the Illinois side, the metro area encompasses a large area as well.

St Louis boasts a Major League Baseball Team (the Cardinals) and a ProHockey Team (the Blues). We have the National Bowling Museum and National Transportation Museum, along with the St Louis Art Museum, Zoo, The Missouri History Museum, a wonderful Botanical Garden and much more. We have many parks starting with our crown jewel, Forest Park.

Lookng for something for the kids? Check out the Zoo, Planetarium, Science Center, Children’s Museum, Magic House and Butterfly House for starters. Then we have a doll and toy museum. Faust Park has an antique villages with period actors in the summer.

The waterfront is always a treat – from going up in the Arch, to having dinner on a steamboat as it cruises the Mighty Mississippi. Or perhaps you’d care to join the many boaters, fisherman and others enjoying our rivers (just be carefull of the currents).

St Louis truly has something for everyone!

Related Articles
St Louis - A Great Place to Live Driving in St Louis for Newcomers Here’s a tongue in cheek look at driving in St Louis. When you’re ready to start looking at homes, give me a call, I know my way around and will be there to help you find the right home in the right area! A VISITOR’S GUIDE TO DRIVING IN ST. LOUIS, MISSOURI: The morning rush […]
St Louis - A Great Place to Live Fabulous Forest Park! Guess what’s over 140 years old? St Louis’s own Forest Park! While most people think Forest Park was created for the 1904 World’s Fair (officially the Louisiana Purchase Exposition), the Park actually existed long before that. The original plan for the park was rejected by the voters in St Louis in 1864, but 10 years […]
St Louis - A Great Place to Live The St Louis Zoo The St Louis Zoo – What a GREAT place for the whole family. It doesn’t matter what age you are, the zoo is fun. When I was a young girl, I remember taking a class at the zoo with my mother one summer on birds. I went to the zoo every day for a week […]